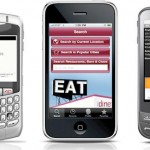 It is rumored that mobile apps developer are paying more and more attention to Google Android operating system that seems to get more and more market share every day.

So far android apps provided by big developers were just copies of Iphone apps. We have this on Iphone, let’s make a copy for android. It resulted in buggy and slow apps for android which is not good.

The growth of Android is predictable and everyone should know that sooner or later, with so many manufacturers promoting it, the community and customer base will be higher and higher. Why some developers still don’t pay much attention to Android ? One main factor can be the fact that Android promotes free apps more and paid apps are not available in lots of major countries, while Apple is promoting paid apps more.

Why big developers should focus more on Android ?

It is true that Apple appstore have a lot more apps than Android market, but most of them are cheap copies. The true power of a store is given by it’s top apps. Most of them just build a copy of a popular app to get some quick cash due to first days of featuring in the “new apps” section of appstore.

But now, with the fast Android growth the things are changing and a  simple presence in Android Market is not enough for a company who want a bright future in smartphone apps.