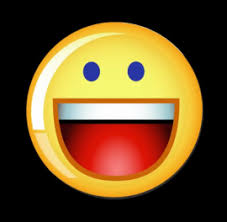 I for one hate this accursed Messenger program from my experience with its PC counterpart. The PC one is extremely slow and all of my less the elevated countrymen made an account to spread their less than intelligent thoughts about culture and their ever so interesting beliefs about their status in society and so on. The music genres of my country have ruined our population in the worst of ways, such as the younger males wear tight pink shirts which say “De puta madre”, even though we aren’t Spanish and those words are very offensive in the Spanish language ( or Italian, I’m not sure ). Most of the men and females are imitating the ever so popular Guidos and Guidettes or whatever they are called ( the characters of the banned show from MTV, Jersey Shore, I believe it was ). All of these morons have made the PC version of this app their home and use it more than 14 hours a day to spread their incredible stupidity.

But leaving all that behind ( and sorry for getting side-tracked ), this App is quite a unique one since it provides instant messaging and Free voice calls and video calls between the users. The video calls thing is still in Beta and it’s pretty buggy as well. It also has some high demands for it to work according to the parameters it is supposed to run it. It demands you have Android OS v2.3 Gingerbread and a Plug-In for Yahoo Messenger. Both the app itself and the plugin can be downloaded from the Android Market. Just search for Yahoo Messenger and you should have more than enough results. Ah yes, I almost forgot. ANOTHER plug-in is necessary to use the Call features, be them voice or video. The Yahoo Messenger Voice and Video Plug-in is also required.

You can also send SMS text messages from the Android device to phone numbers for no price at all if you happen to live in the USA, Philippines, Vietnam, India, Indonesia, Malaysia, Canada, Pakistan, Kuwait and Thailand.

With this Yahoo Messenger you can chat with you FaceBook Friends ( never mind the fact that YM exists even before MySpace – it’s that ancient ) and with your Windows Live friend ( if anyone still uses Windows Live ). You can also share photos and videos and have the ability to stay online on the PC and on Android at the same time. This allows for multi-tasking in real life.

That sounds pretty awesome, does it not ? Of course it isn’t awesome. YOU can do so much better. On the PC and on the Android as well.

Whether you have the ability to choose this program or another, always go for Skype.

Skype is much faster on the PC and on the Android as well. It offers superior call quality and works without adding any unnecessary plug-ins. The program itself is just that awesome. So on the functionality and memory part it clearly wins. The video call thing is way better on Skype since it actually uses your Secondary Camera ( if you have any ), which is the one actually intended for video calls since the microphone that receives sounds ( which isn’t a very strong one, I might add ) is on the front, not on the back where the main camera is. Yahoo Messenger just checks to see if the phone HAS a camera and uses the main one, while Skype won’t let you use the Main Camera for video calls because it’s just plain stupid.

But this is just my opinion since I consider Skype one of the best because I use it daily. Hell, I’m using it right now. It’s a heck of a program and it’s genuinely awesome. The only disadvantage of the PC version of Skype is the fact that it consumes quite a bit of RAM and tends to impair the performance of certain RAM demanding pieces of software, such as high end PC games which demand a lot of RAM to run properly.

Don’t take my word for it though. Feel free to download both of these programs and see which one is better for yourself. I guarantee that you will reach the same conclusion I have.

They can both be downloaded for free either from the Android Market or the official websites of each program. It’s pretty easy to figure out the website, just look at the name and Google it ( if you can’t do more than that ).