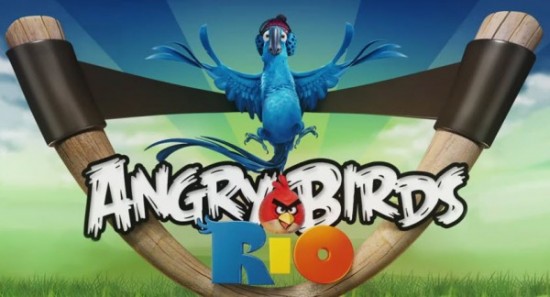 Rovio, the company behind Angry Birds has said that it plans to turn Angry Birds into a whole franchise, one as big as Super Mario. They have over 75 million downloads of Angry Birds to date, and they’ve already expanded in the physical world with toys and such. Their next big move is a to launch a movie, and this movie looks like it’s coming on April 15th this year, along with a new update to the game containing 45 new levels (launched in March).

The movie is called Angry Birds Rio, and if they got the movie right, their downloads and toy business sales might explode soon after this. Angry Birds Rio is made by 20th Century Fox. After seeing the trailer below it looks like it’s enough enough to appeal to kids, if nothing else. It’s clearly similar to some of their other funny Angry Birds videos. Take a look at the video below: