I always wondered why Google choose to make another operating system for laptops instead of making a different version of Android, but it doesn’t matter what it is called and what it is doing under the hood. The apps you can use with that operating system matters. Since now, we had chrome applications but they were pretty limited to browser stuff and their popularity is not anywhere near the popularity of Android apps.

Well,there are good news for ChromeOS users and fans: Google Play Store is coming to ChromeOS. Chromebook users can now install from over 2 million apps. There are so many apps on Google Play that you can do practically everything. Several years ago I was worried that Android apps are limited and you will never have the productivity tools required to work from an Android device. Now, if you don’t take into account the small screen, you can easily replace a laptop with a tablet and a keyboard.

I understand the reasons why they choose to go with Chrome OS. Since I was in high school there were rumors that Google ( the big search engine ) is building an operating system. I thought that it is designed for PC ( smartphones practically didn’t existed ). Now they have 2 operating systems. Probably they figured out that Chromebooks won’t have so much success if they are still going separately. With the support of millions of Android apps, now Chromebooks might be a better choice for anyone ( except gamers ).

Probably this feature will be launched at Google I/O, which happens in less than a month, according to xda-developers. I hope it’s not an April Fools joke. 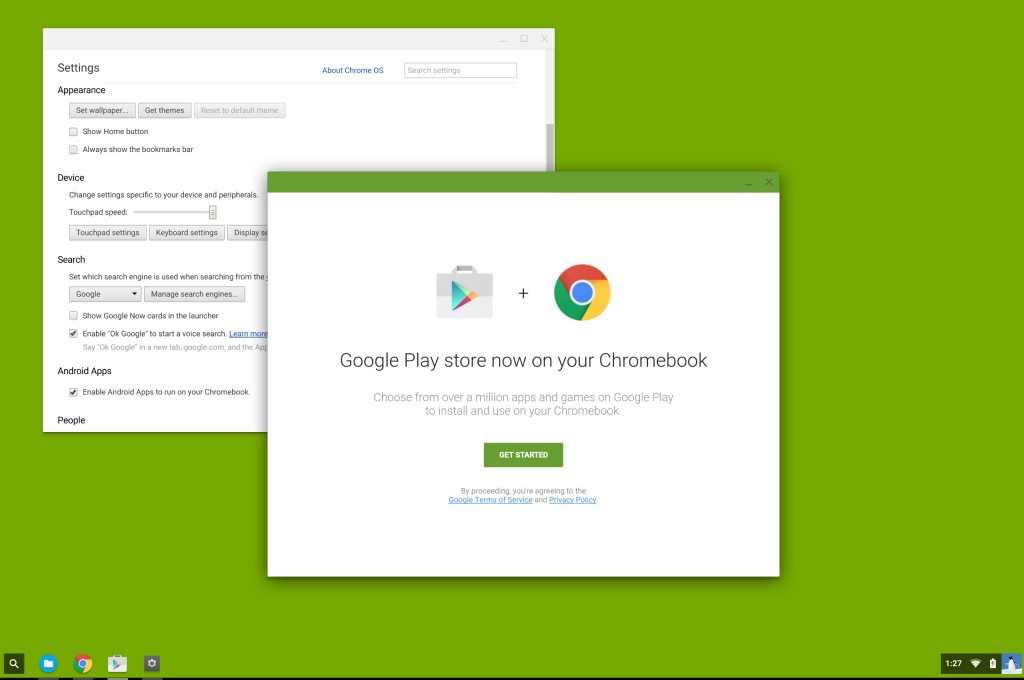