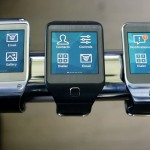 If you’re a fan of the Samsung Galaxy Gear series of devices, know that there will be a few modifications made to them in the nearby future. The Gear was one of the first devices in the smartwatch series of devices ( sure, some will argue that the Pebble was in fact the first, predating it by a few months, ... END_OF_DOCUMENT_TOKEN_TO_BE_REPLACED