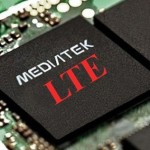 MediaTek, a pretty famous hardware manufacturer has recently announced their first true Octa-Core processor, a processor which will be part of their very popular MT6592 chipset. The successor of this SoC, which is allegedly in the works, will reportedly be known as the MT6595. This next chipset is rumored to hit the market in January of next year. Basically, this ... END_OF_DOCUMENT_TOKEN_TO_BE_REPLACED