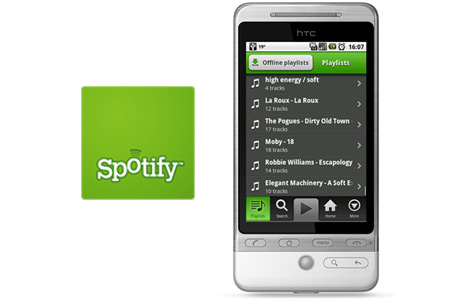 Google’s music service was supposed to arrive by the end of last year, but then it was delayed till March, and now it was supposed to be launched soon at Google I/O. But it seems the negotiations with the labels fell apart, and now rumors say even Apple will launch their cloud music service before Google, after Amazon has already done it about a month ago.

Now, left with no choice, Google is trying to partner with the music service company that makes most sense and is probably the closest to what Google wanted to offer to Android users in the first place. Rumors say Google is already in talks with Spotify, a company with a music service that was praised many times not only for its user interface, but also for it’s ad-based music service and low subscription price for premium users.

Why have the negotiations with the deals gone to a halt? I assume because Google wanted to offer a service that would’ve been very cheap to its users (initial rumors pointed to a $25 yearly subscription for unlimited music). Labels, which would love to keep the status quo, like they’ve always done, even when Apple eventually pushed them to accept the $1 per song deal, they don’t want something like that to happen, and this is why they’ve made Spotify increase its fees and limit its free membership before they would launch in USA.