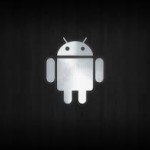 Rumors around the grapevine suggest that Google wants to stop offering Nexus devices at some point. It became more of a fact and less of a rumor according to a report in The Information. While some may mourn the loss of the Nexus family, those who wished that the Nexus devices would be stronger will be quite glad as the ... END_OF_DOCUMENT_TOKEN_TO_BE_REPLACED